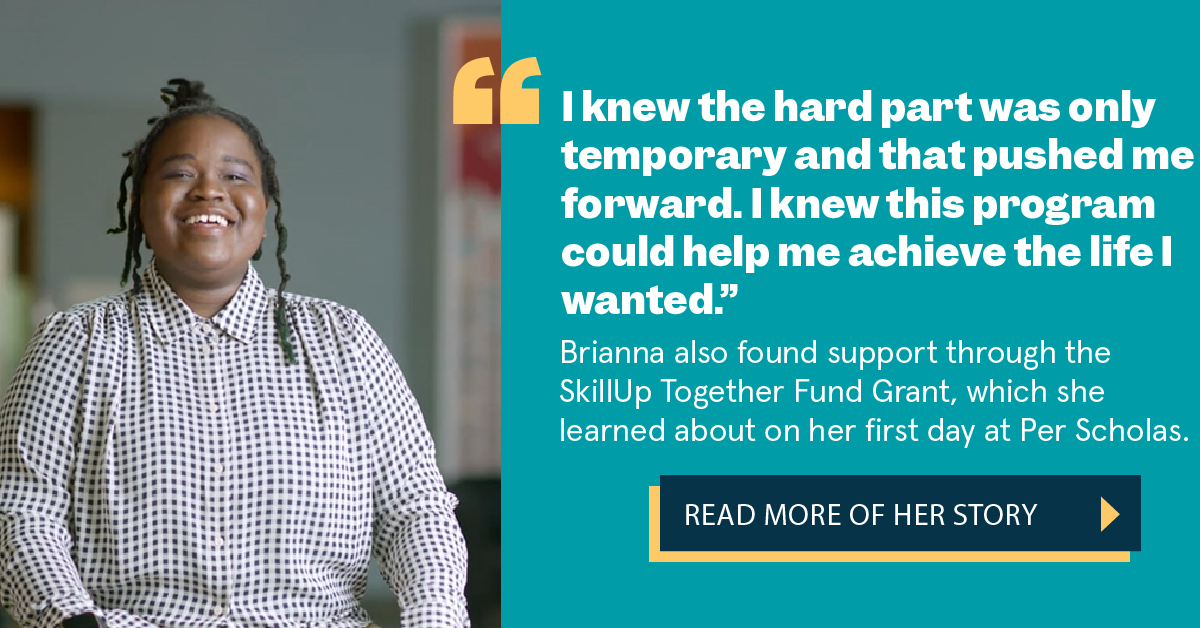 Brianna Griffin’s ultimate goal was to find a career that would make her truly happy. But she didn’t know how to get there.

“Technology was something that I was obsessed with. I always wanted to have the latest technology. I wanted to understand IT hardware, so I built a computer and took another apart.  I knew this was my passion and what I wanted to do; I just didn’t know where to go with it.”

Working as a custodian, Brianna saw herself doing more, but pursuing a career in IT felt out of reach.

“Technology seemed far away because of where I was currently at. But I was tired of doing the same thing and I didn’t want to settle — I wanted better for myself. My father works in cybersecurity and every time he would come home from work he just looked so happy. I wanted that same feeling for me.”

Brianna decided to make a change and push forward. She joined the IT support program at Per Scholas, a program she had originally learned about in 2017 but had stopped pursuing for personal reasons. 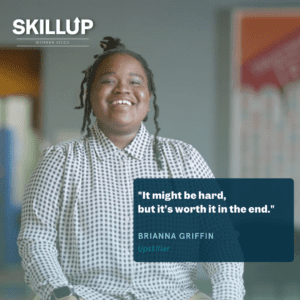 Brianna also found support through the SkillUp Together Fund Grant, which she learned about on her first day at Per Scholas. She applied for the $1000 grant and received it as part of her training with Per Scholas.

“SkillUp helped me pay my rent a month early, so I wouldn’t have to worry about it the next month. This meant that I could leave work early, get some sleep, and have time to study. It helped me out a lot and I’m very grateful to have had SkillUp in those moments.”

Having support meant everything to Brianna. Her friends, family, coworkers, and classmates helped her keep going.